Autumnal flowering of the medlar tree

Autumnal flowering of the medlar tree

Although commonly called Japanese medlar (Eriobotrya japonica), this fruit has its origin in China. From there it expanded throughout the Asian continent, and in the eighteenth century it reached Europe, adapting easily in some regions of the Mediterranean with an average annual temperature of over 15ºC. This good acclimation was due to the fact that the medlar is a fruit tree moderately resistant to the cold, which does not need to accumulate cold-hours to flower.

Worldwide, the main producers of medlar trees are Japan, Algeria, India and Brazil.

The medlar is a very interesting crop for covering the gap between the last oranges and the stone fruit trees. However, it presents a serie of limitations that can produce notable losses in production. 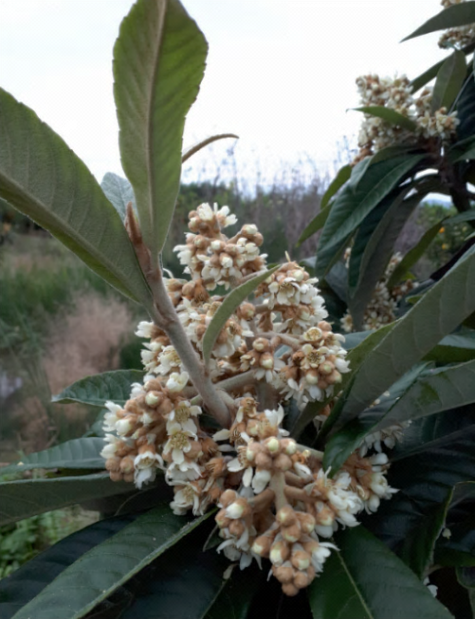 According to the Ruchey Agricultural Cooperative of Callosa d’En Sarrià (Alicante), the last campaign, which took place last spring, was marked by a delay due to low temperatures and a reduction in production of 10%.

The wind can also reduce production considerably, so that most plots are under mesh.

The purple spot is a physiological alteration that affects the skin of the medlar by depreciating it commercially. It appears in the stage of maturation, between March and April, when there are meteorological conditions that produce a water imbalance in the plant. The lack of calcium and zinc can also contribute to the development of this physiopathy. Although at present this alteration is quite controlled thanks to the new more resistant cultivars, it is recommended to supply calcium.

The following Cultifort treatments, as a complement to the basic fertilizer with NPK that should be administered to the medlar tree, will contribute to achieving a balanced nutrition of the crop.

*Product certified by the CAAE for an ecologic agriculture.

The medlar is a specie very sensitive to salinity and suffocation, since its root system is on the surface. Soils for this crop should have good drainage and a neutral pH.

With MICROVITAL-L, in addition to providing magnesium and the main micronutrients (B, Fe, Mn and Zn), the soil structure is improved by increasing the infiltration rate, the content in Organic Matter, and the Cationic Exchange Capacity. Likewise, the flavonoid molecules contained in MICROVITAL-L favor the germination of spores and root colonization of certain mycorrhizal fungi. 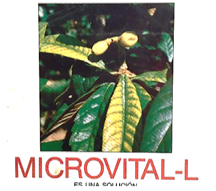 AMACOL, is a formulation of amino acids with reducing sugars and rapid foliar assimilation. Its application stimulates the development of roots, improves flowering and fruit set, helps the fattening of fruits and promotes resilience in the plant, improving its response to stress situations.

FERKOLOR is a liquid solution of potassium and calcium, neutral and stable that improves the quality of the fruit, the content of sugars and the firmness of the skin, thus preventing the appearance of the purple spot.

The medlar tree has a superficial radicular system, so sometimes the absorption of certain mobile elements such as potassium is hindered. With the application of FERKOLOR, foliar absorption of this important nutrient is facilitated.

With MANZIFORT we provide high concentrations of manganese and zinc. Using zinc along with calcium prevents the purple stain.