Cherry cultivation: keys to the coloring and ripening of the fruit

Cherry cultivation: keys to the coloring and ripening of the fruit

Cherry blossom usually takes place each year in the period between late March and early April (for most varieties), and usually lasts about 15-20 days. But we must bear in mind that the flowering dates are conditioned by the weather, especially by the cold we have during the winter, and by the variety.

Temperature plays a very important role in the flowering of the cherry tree. Once the necessary cold hours have been reached, according to each variety, flowering will occur as the days are warmer.  A study carried out in the Region of Murcia by the Murcian Institute for Agricultural and Food Research and Development (IMIDA) in 2014, showed that cherry trees kept in a closed greenhouse, after sufficient accumulation of cold, brought the start of harvest between 9 and 14 days ahead. flowering. This study corroborates the differences with respect to flowering dates in regions where the end of the winter season is milder, in terms of thermal characterization, compared to other areas where spring begins with still cold temperatures. The same response can occur between an area with a lower altitude than another, where cherry trees located on high slopes and peaks tend to flower later than those cultivated in valleys.

On the other hand, there are a large number of cherry varieties, which are usually grouped into very early, early, medium, late and very late. In the former, flowering takes place very early, in late winter or early spring, while the latter bloom well into the middle of spring. The Cristobalina variety, ideal for warm areas as it is less demanding in cold hours than other varieties, blooms between the end of February and the beginning of March, being perhaps the earliest variety grown in Spain.

This classification of varieties with respect to the flowering season also translates into the same variability in terms of maturation times, being especially interesting those extra-early and very late varieties, since they would be marketed in times when the supply is not so abundant.

Focusing on the extra-early varieties, as they are the first of the year and, therefore, the most desired, a few days early in ripening can lead to significant differences in the sale price. But we must also bear in mind the increasing difficulty of finding labor for the harvesting of the harvest, which is also usually carried out in 4 or 5 passes due to the staggering of maturation, that is, it is not produced in a timely manner. homogeneously.

During the 2018 campaign, the Cultifort Development Department carried out a trial with the aim of evaluating the progress in the ripening and commercial coloration of the cherry, using FASKOLOR. The trial, which took place in a plot located in the municipality of Benitaia within the Vall de Gallinera (Alicante), and which had the collaboration of the Agricultural Cooperative of Planes, yielded the following results:

The good results led to a new trial with FASKOLOR, this time located in La Almunia de Doña Godina (Zaragoza), by the group Nutrition of Fruit Crops (NCF) of the Experimental Station of Aula Dei (EEAD-CSIC). The results indicated that in the physical-chemical and quality parameters analyzed, significant differences were found that demonstrate a positive effect of the FASKOLOR treatment in terms of fruit maturity:

The general conclusion of this trial was that FASKOLOR managed to homogenize and advance commercial maturation, with greater uniformity in the coloring of the fruits, and reduce the number of harvest passes. This fact not only means an improvement in the prices of the fruit, by reaching the market earlier, but also an important saving in the labor costs corresponding to the harvest.

FASKOLOR is a liquid formulation of potassium, organic acids and selected peptide complexes, whose special balance provides a notable increase in the earliness and quality of the fruits.

A selection of peptide complexes that accelerate specific physiological cycles of maturation are added to the role of osmotic regulation, increase in sugars and potassium color. By accelerating the biology of ripening, the fruits can reach the levels of sugars and coloration required by quality regulations earlier, allowing earlier harvesting.

In addition, the organic acids contained in FASKOLOR promote rapid assimilation and translocation in the plant, increasing the effectiveness of the applications and improving the response.

FASKOLOR obtains these results in a purely nutritional way, without hormones, thanks to the nutrients present, which supply the specific needs of fruit ripening.

Its application is recommended in those crops appreciated for their fruits, especially in cases in which commercial coloring is difficult to achieve, either due to climate, or due to excess production, etc., to obtain attractive fruits and advance their maturation.

The dosage, frequency and number of applications will depend on the crop, its state and another series of edaphoclimatic factors, varying from 250 to 500 cc / Hl in foliar applications or 3-5 l / Ha if it is supplied by the root via fertigation. , and between 2 and 3 applications from veraison and during the month or month and a half prior to the estimated harvest date.

The combination with phytoregulatory products improves their effects and helps reduce the doses applied, improving the profitability of this type of treatment.

All these functionalities make FASKOLOR an ideal product not only to advance and homogenize the ripening of cherries. It has also been used with positive results in blood oranges, peaches, table grapes, strawberries and industrial tomatoes, among other crops. 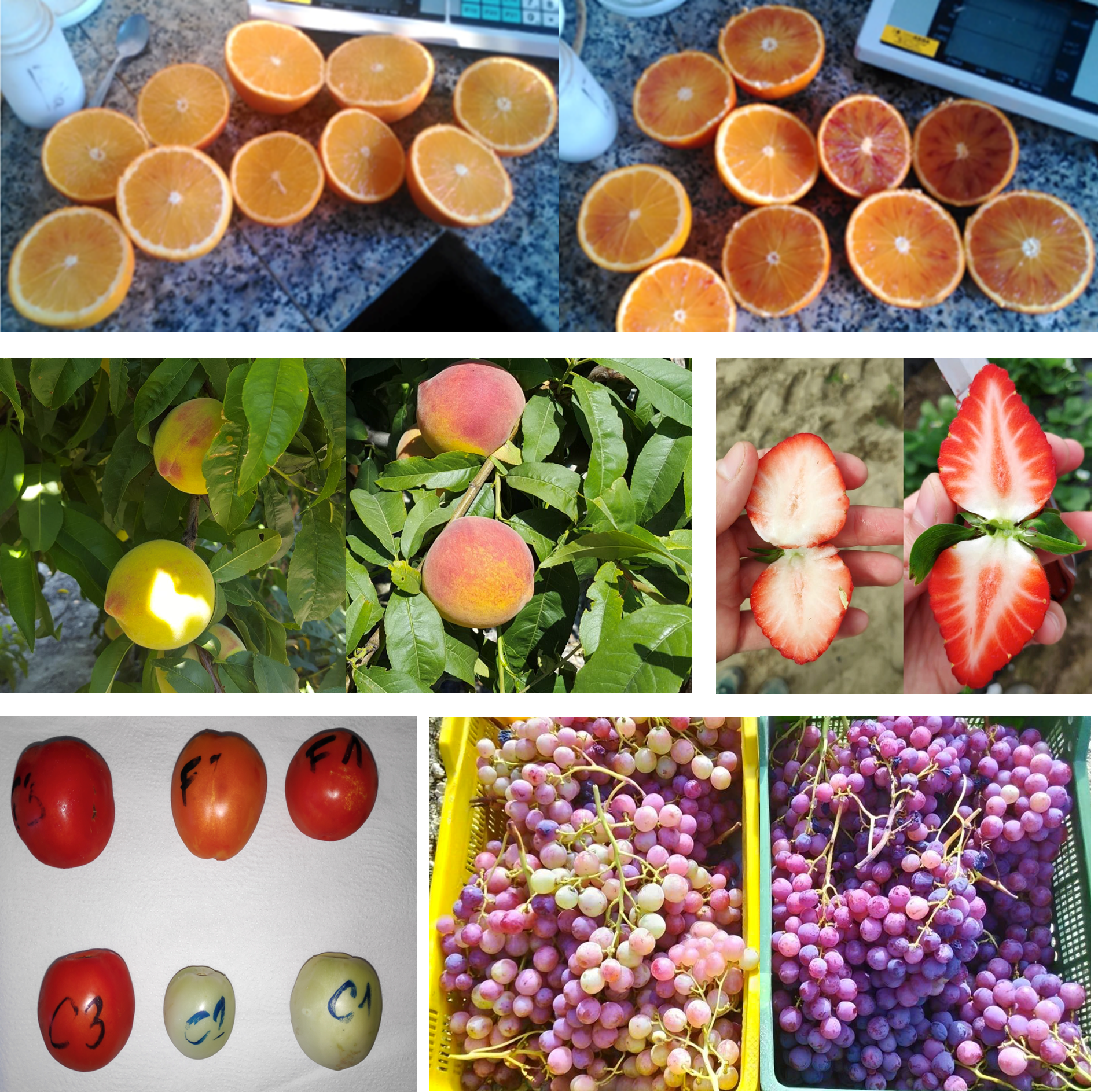