Our crops often face adverse environmental conditions that have a negative impact on crop yield and quality. Faced with this situation, we now know that plants are capable of developing defensive mechanisms that allow them to survive.

When a plant suffers any type of stress, substances called elicitors are released that stimulate the appearance of different types of defensive response. For example, if the plant is attacked by a pathogen, it secretes elicitors that induce physiological changes in the plant. In the case of stress due to adverse environmental conditions, abiotic elicitors are many physical and chemical agents such as heavy metals, ultraviolet rays or free radicals. 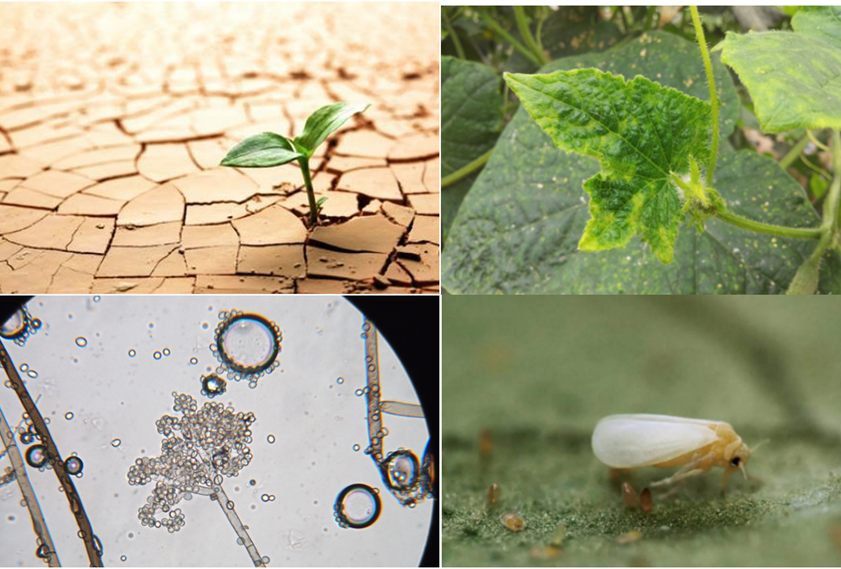 Several organic molecules that regulate different signaling routes are involved in the defensive response. These have key functions in various aspects of plant defense, such as the response to environmental factors, herbivorous insects and pathogenic microorganisms. The signalling pathway of these molecules interacts at various points, functioning as a complex network of regulation of the plant’s defence response.

Some advocacy responses promoted by this signalling network are:

In addition to these local defence mechanisms, the signalling routes activate different states of induced resistance. These “states of alert” prepare the plants for subsequent attacks by pathogens in other parts of the plant away from the area of infection. These induced resistances are mainly Systemic Acquired Resistance (SAR) and Induced Systemic Resistance (ISR).

SAR is a state of resistance induced by tissue necrosis, which is widespread throughout the plant against a wide spectrum of biotrophic pathogens and bacteria. It is associated with a high expression of PR proteins.

SRI is an effective induced resistance against necrotrophic fungi, which is produced by non-pathogenic bacteria (PGPR) Plant-Growth Promoting Rhizobacteria. Certain biochemical changes characteristic of plants expressing SRI appear only after additional infection by a pathogen. This phenomenon is known as priming.

The resistances induced to combat the different types of stress are established with the application of agents of biological or synthetic origin. These substances, called inducers of natural plant defences, base their effectiveness on the induction of resistance mechanisms in the treated plants, both locally and systemically.

From Cultifort we have SPIRALIS ECO Long Life, a solution with manganese and zinc in chelated form, together with a complex of organic acids and selected peptides related to green and red algae, which promotes precursors of the natural defenses of the plants, promoting, on the one hand, a local and rapid endogenous increase of phytoalexins and PR proteins, and inducing structural changes in their cell walls that accelerate lignification processes. And, on the other hand, it stimulates the levels of induced response of the plant, which protect it against subsequent stress situations. 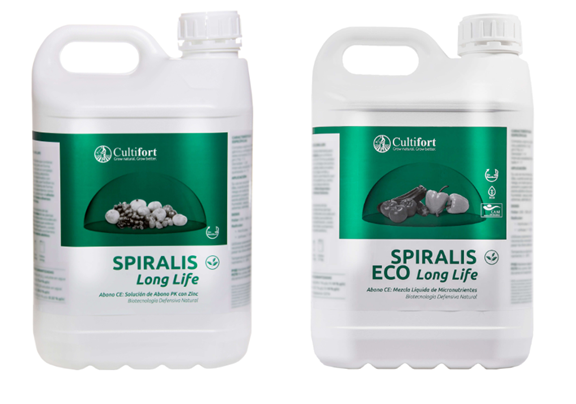 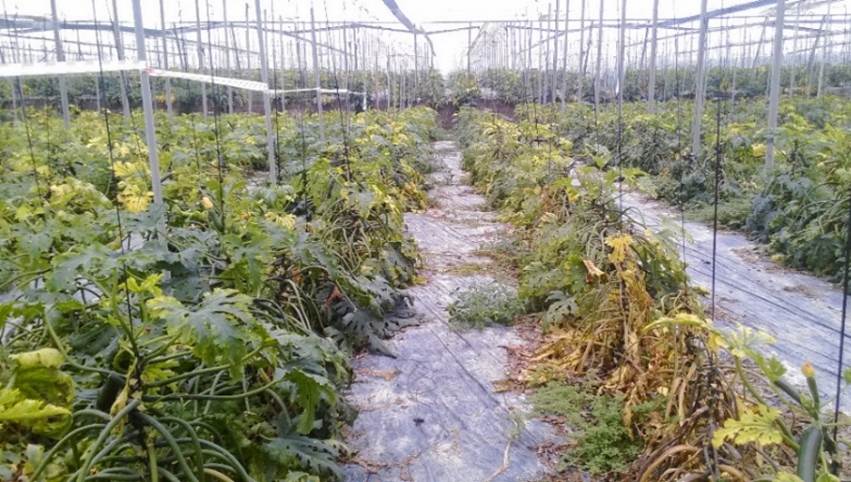 With SPIRALIS ECO Long Life, the incidence of diseases was reduced by up to 56.5%

SPIRALIS ECO Long Life was applied when the crop already had plants affected by the main viruses (ToLCNDV, CVYV etc.) that affect zucchini, making the attack not progress. For that reason, from Cultifort we recommend the preventive treatment with SPIRALIS ECO Long Life, applied throughout the cycle of the culture in plantations prone to the attack of pathogens, to minimize its degree of affectation. 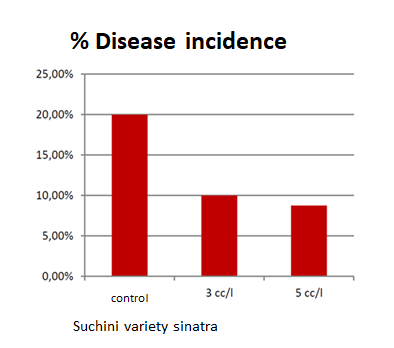