Recommendations Cultifort for the good maintenance of the lawn

Recommendations Cultifort for the good maintenance of the lawn

The deterioration of the quality of the turf of the golf course, or any garden area, can be avoided by carrying out proper maintenance practices. In this article we talk about the main problems that manifest themselves in the lawn, and the recommendations of Cultifort to minimize its appearance.

Thatch or felt is when the speed of production of grass waste is higher than its decomposition, by the decrease of the microorganisms responsible for converting this layer of straw into organic matter.

This phenomenon is favored by an intense nitrogen fertilization that causes the aerial part to grow exuberantly, due to the indiscriminate use of herbicides and fungicides that reduce the population of beneficial microorganisms; for high risks; Soil pH less than 5 and higher than 7; due to poor soil compaction and / or poor drainage. 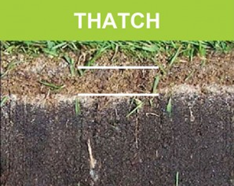 The Black Layer or black horizon is an anomaly that occurs in the soil when drainage is slow and remains moist for long periods, manifesting itself as a black and smelly band in the root zone. 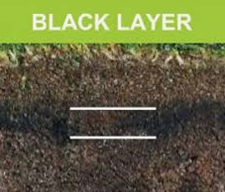 Under these anaerobic conditions, sulfur-reducing bacteria thrive, which feed on the organic matter of the soil and produce sulfur gas (H2S) that can kill the grass.

Other microorganisms can also consume oxygen in the root zone and quickly reduce aeration of the soil causing root asphyxiation in the plant. Soil compaction and other physical soil problems that reduce the diffusion rate of oxygen within the soil also decrease aeration.

To avoid all these problems, it is of vital importance the aeration, improvement of soil drainage and amendments that keep it at a pH of 6.5.

From Cultifort we recommend the treatment with OXIFORT by volley or by fertilizer spreader, mixed with wet sand at a rate of 2 g / m2 / week, continuously. This shock dose will be followed by another three, at a rate of 0.4 g / m2, with an interval of one week, each application enters.

OXIFORT is a solid formulation of fine granules, which, in contact with water, releases important amounts of oxygen, opening channels in the soil, which promote the circulation of water and air, mitigating remarkably the asphyxia problems and facilitating the presence of oxygen in the rhizosphere. These aerobic conditions reduce the presence of the sulfur-reducing bacteria that promote the Black Layer, improving the percolation. In addition, oxygenation of the roots occurs, which encourages their development. It also has fertilizing properties by providing NK and favors nitrification, due to the presence of oxygen.

When there are salinity problems in which there is a high electrical conductivity (CE) of the soil, we will rectify it, by applying CULTIFORT DESAL, at a dose of 2.5 cc / m 2 / week, for another four weeks , until totalizing 10 ml / m2. Then proceed to give copious waterings. If the irrigation water has high EC, it should be treated, in turn, with CULTIFORT DESAL for one month.

CULTIFORT DESAL is a solution of calcium complexed with lignosulphonates acids, polyphenols and polycarboxylic acids, which allows the flocculation of clays by breaking up the sodium into small particles, which are finally eliminated from the clay-humic complex by leaching and are exchanged by calcium bridges . In this way the toxic effect of sodium for plants disappears, drainage improves, irrigation efficiency and the problem of waterlogging. 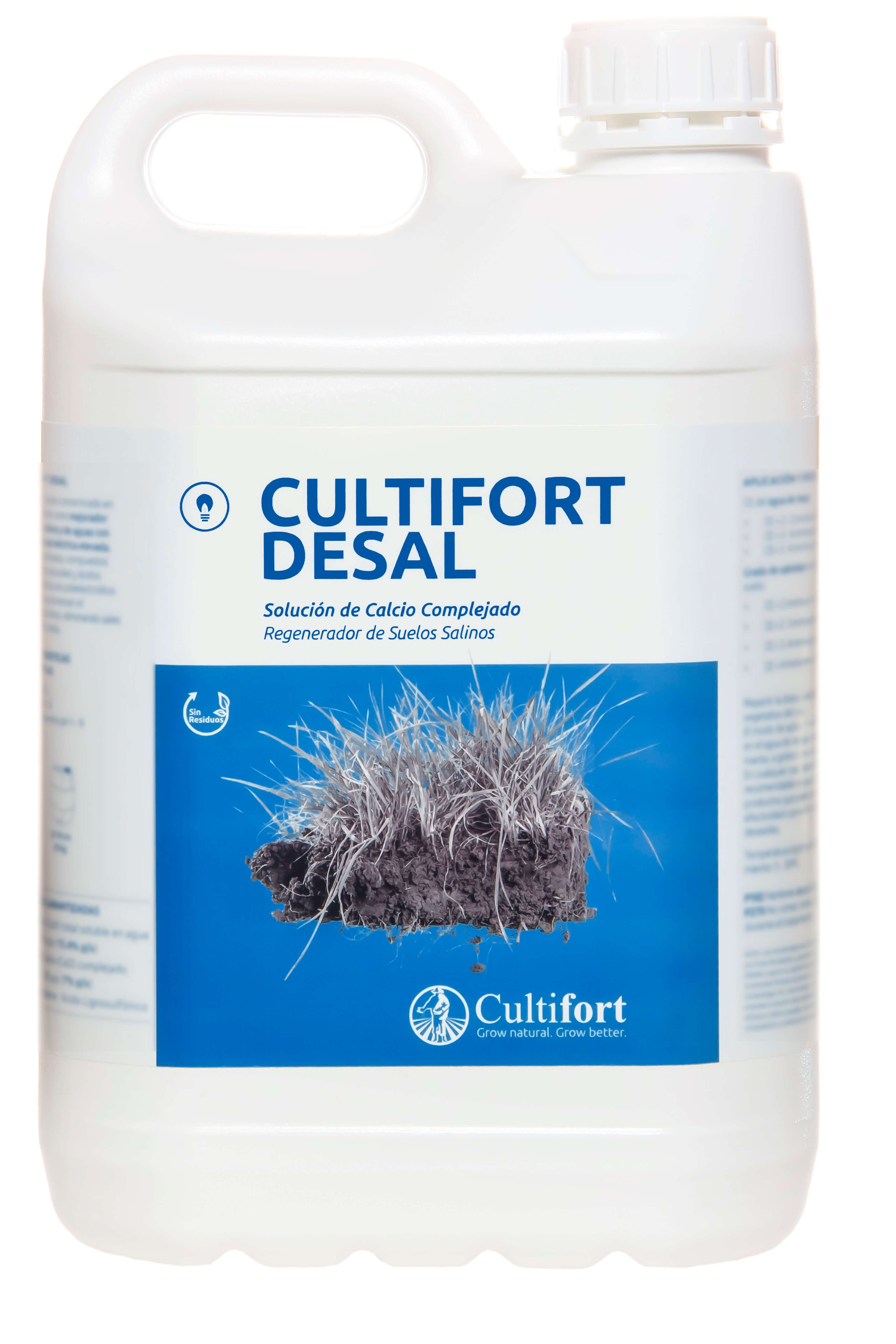 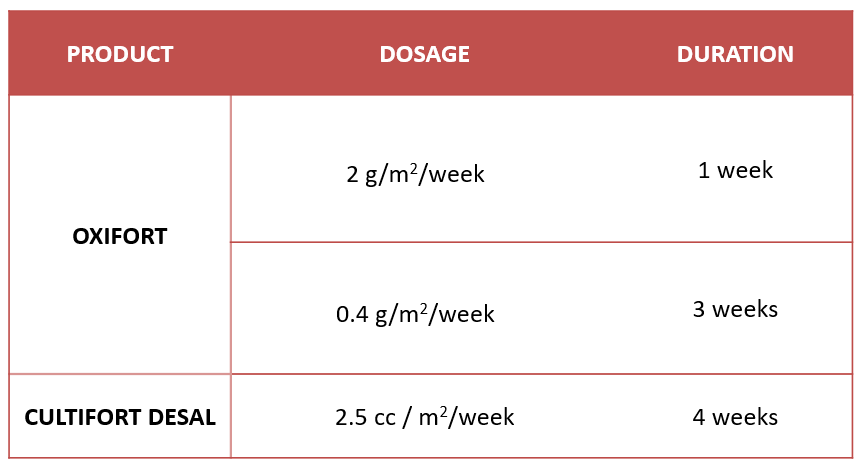 Dose of CULTIFORT DESAL for the treatment of irrigation water as a function of Electrical Conductivity: 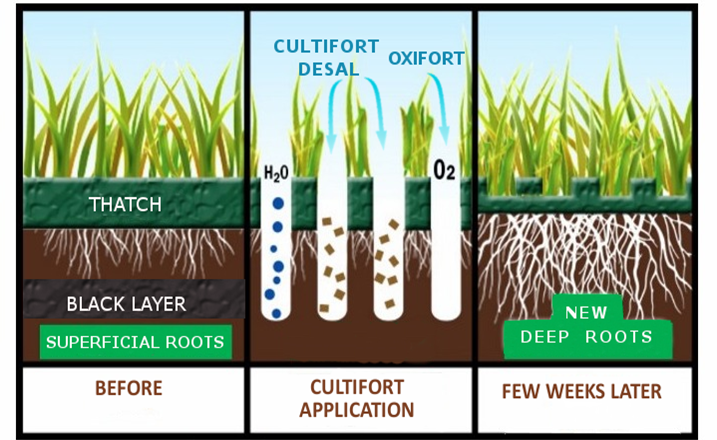