Prevention of diseases in the vine crop

Prevention of diseases in the vine crop

1.- The cultivation of the vine

The vine is a characteristic species of the agricultural culture and landscape in most of the Spanish, peninsular and insular territory.

In general, it is a sober plant, with few edaphic requirements, which is why it is usually reserved for less productive land: rocky, sloped, sometimes poor and nutrient-poor.

For the production of the best wines, the vine requires sufficient winter cold, spring rains, and sun with moderate heat during growth and fruit ripening in the summer.

In relation to climate and meteorological factors, its general characteristics are: sensitivity to spring frosts, spring and summer hailstorms, high temperatures in summer, rains at the time of the seller hvedome calendar su cidorante hvedome el . It also needs a climate with a relatively dry, sunny and moderately hot summer (to produce sugar); and favors a relatively cold winter with precipitation. In rainier areas such as the Basque Country or Galicia, summer humidity notably favors cryptogamic diseases, “powdery mildew” and “mildew”.

The minimum temperatures that the vine can withstand in winter are up to -20º C, below which they suffer serious damage, although old but vigorous vines hold up better than young ones. Frosts below -2º C that occur after budding usually completely destroy the crop. In areas at risk of late frosts, late budding varieties should be adopted, or pruning delayed, so that even if damage occurs, more usable shoots are available. High crops suffer less frost than low ones, closer to the ground.

In summer, temperatures that are too high, especially if they are accompanied by dry air, or there is a hot-dry wind, burn the leaves and bunches. The heat dries out the soil, stops the growth of the fruits and advances their maturation; In addition, it produces sugar and therefore, after fermentation, high alcohol content wines, it also lowers acidity, by increasing potassium and decreasing tartaric acid, in grapes and wine, making it less “fresh”, more cloying, Stored is worse preserved and is more vulnerable to microbial contamination. In cool climates, wines are less alcoholic and more acidic.

The vine is resistant to drought due to its deep roots; cultivation is suitable in regions with an annual rainfall of 600 to 800 mm, although it is also grown in areas with 250 mm per year if it falls suitably distributed. Precipitation during flowering can cause flowers to drop.

The phenology of the vine’s vegetative cycle is highly variable according to the different regions, payments, genetic varieties, weather of the year and crop treatments. Significant variations exist within the same region, or the same zone of appellation of origin.

The vine, the vines and the vineyards are characteristic of Spanish landscapes, especially Mediterranean, their importance is agricultural, ecological and cultural. Due to its economic interest, it is important to carry out agrometeorological studies applied to this crop, to the varieties of the species and to the denominations of origin of the different wines. The climate conditions the crop, but also the crops (their phenology, their production) and the “vintages” (their properties and chemical characteristics) give us information about local climates and about the climatic character of an agricultural year in an area.

The main diseases that can affect grapevine cultivation are those caused by fungi, whose symptoms can be very diverse, random and sometimes difficult to identify. Fungi are present in the soil and/or in the environment, and it is enough that the right conditions for their development exist for them to colonize and damage the plant. Among the most important are:

This disease is characterized by producing pale green spots on the upper leaves and pubescent mold on the underside. Affected areas dry out and become brittle, causing leaves to curl and fall. Diseased kernels shrink and turn brown and leathery. The tips of the shoots can also be affected.

The grower must remove and destroy all diseased shoots and leaves to prevent the fungus from overwintering, although some spores may overwinter on buds and shoots.

If it is suspected that infection may occur, preventive treatments can be applied before the vines are in flower, and this operation repeated at intervals of between 10 and 14 days, abandoning it at the moment in which the climatic conditions are no longer suitable. favorable for the development of the fungus or when the safety periods of the phytosanitary products may overlap with the harvest date. 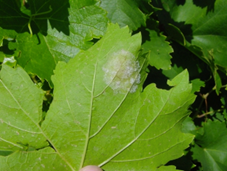 This disease occurs mainly when the soil is dry and the atmosphere humid. It develops as a sparse white blanket of spores, and the most obvious symptom is gray or purple discoloration of the affected areas. The disease can also attack flowers and fruits causing them to fall. At a later stage, the grapes lose elasticity and harden and, as they increase in size, the skin ends up cracking. When this occurs, the bunches are attacked by a secondary fungus, gray rot, which can cause extensive rot.

As soon as the disease appears, the grower must combat it so that the possible damage is not excessive. If the disease has already occurred in previous years, the first fungicide application, whichever is used, must be carried out between 10 and 14 days before the moment in which the manifestation of the disease is expected. There are also ways to prevent it, avoiding excess shoots and foliage, to keep the cluster area well aerated.

It is the most damaging disease that can affect vineyards.

Affected grapes rot, and are covered by a dense gray-brown hairy mass, produced by the development of fungi. The fungi can damage the grains directly, or they can invade the floral parts, so that the fruits sprout already infected. In either case, once the disease is established, it can spread rapidly both by contact and by very numerous aerial spores. In wet weather the loss of production can be considerable.

In vineyards it is difficult to control the disease. Therefore, when persistent dampness occurs, the grower must improve bunch aeration by thinning, removing bunches and judiciously removing some of the vine shoots. There are special fungicides to combat this disease, but it is necessary to take into account the level of residues and their safety period for the harvest. 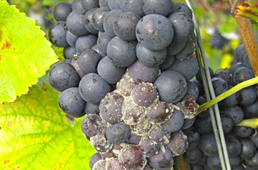 It is a diverse and difficult group of diseases to control, since in some cases, such as Esca, its behavior can be erratic over the years; however, it can also manifest itself in an extremely virulent way, ending the life of the plant in a matter of days.

Currently, from a chemical point of view, there are no effective curative phytosanitary products to combat this group of diseases, so only preventive and cultural action can be taken.

From Cultifort we recommend prevention against chemical control. To do this, in the face of the group of diseases caused by fungi in grapevine cultivation, we have a wide range of possibilities within our portfolio of products, whose action is mainly preventive.

FOLIQUINO, whose main active ingredient is aluminum lignosulfonate, has a high capacity for penetration and translocation in the plant, both by foliar and root routes, with ascending and descending systems. Its function is to introduce aluminum salts into the plant to favor the synthesis of natural compounds that improve the defense against certain fungal and bacterial pathogens in roots, trunks, branches, leaves and fruits. By having a powerful effect on improving the circulation of sap, it is an important tool for fighting, preventing and recovering from wood diseases. Its application is recommended in the periods of greatest vegetative development, especially in those cases in which wood diseases have been detected, repeating the applications in periods of 10-15 days.

In CUVIOL PLUS copper is associated with lignosulfonates and polysaccharides. It is mainly used for the prevention of cryptogamic diseases such as anthracnose or mildew, increasing the plant’s self-defense as well as taking advantage of the antifungal and antibacterial effect of copper. It is a very stable product, easily assimilated and highly translocated. Its use is recommended both by foliar and root routes, throughout the vine’s vegetative cycle and, especially at times when climatic conditions are favorable to the development of fungal diseases. Its application is recommended during the vegetative cycle and in climatic conditions of high humidity or rain and warm temperatures. 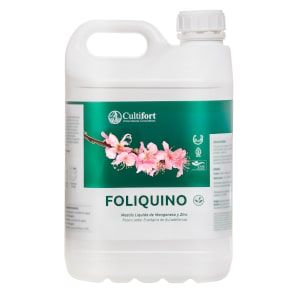 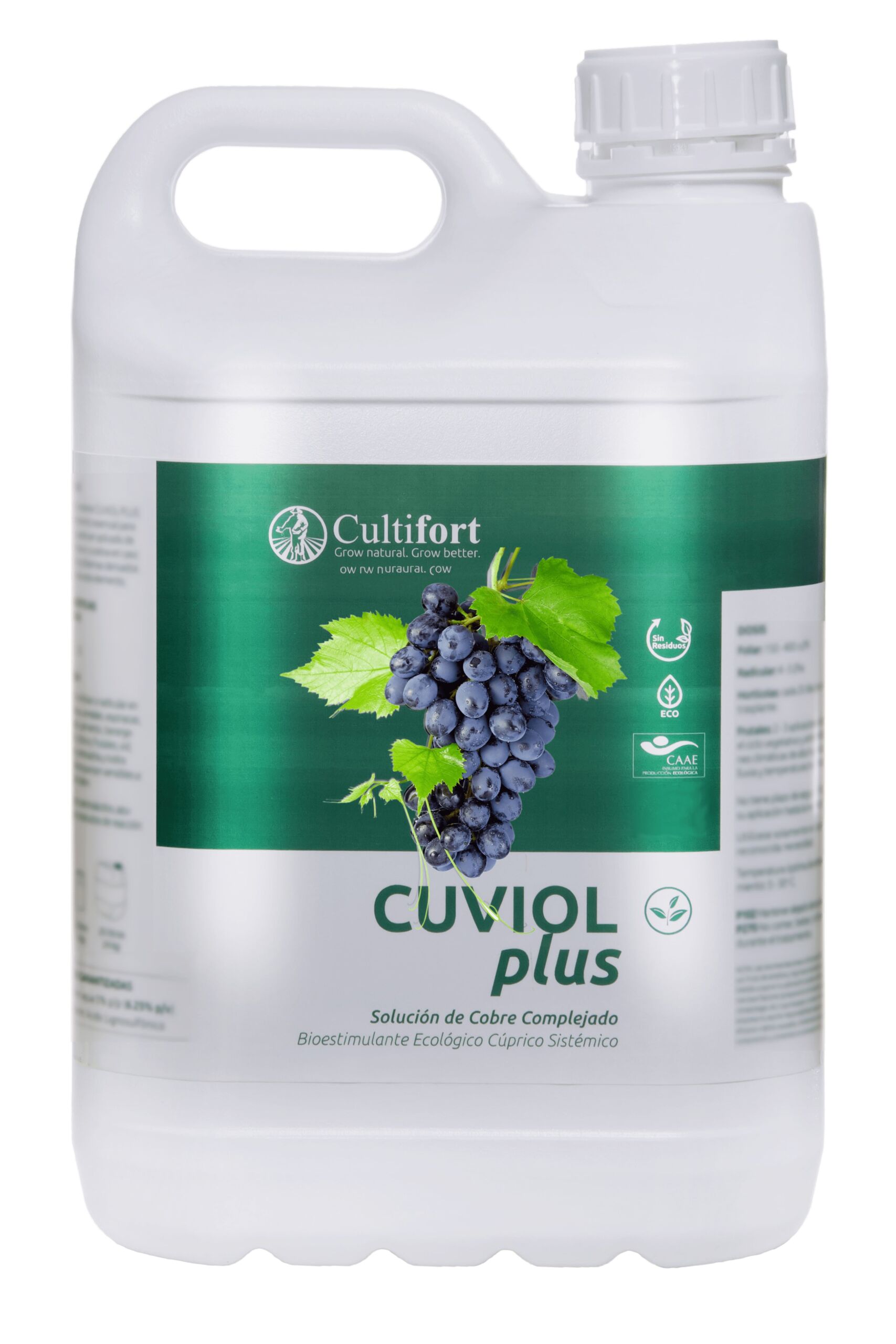 SPIRALIS ECO LONG LIFE is a formulation of special organic acids together with a complex of selected peptides, related to red (Gellidium) and green (Spirulina) microalgae. Its functionality is based on inducing and enhancing the local and systemic endogenous increase of molecules with high defensive capacity (alkaloids, thionins, phytoalexins, PR proteins, etc.). On the other hand, it induces structural changes in the cell walls of plants at the level of their lignification, thus constituting a physical barrier against abiotic stress. It especially stimulates the response levels of Acquired Systemic Resistance (ASR) and Induced Systemic Resistance (RSI) of the plant against fungi and bacteria, among others. Its use is recommended every 10-15 days, when risk situations arise and/or while favorable conditions for the development of diseases are maintained. Its broad-spectrum antifungal and antibacterial effect, at the prevention level, and its effect on improving the post-harvest life of the fruits, make Spiralis Eco Long Life one of the most complete and technical products in the Cultifort catalogue.

CULTISANO Cu is a liquid combination of copper with EDTA together with chitosan. This formulation takes advantage of the synergy between the protective power of copper and the improvement of antifungal and antibacterial defenses induced by chitosan. Foliar applications of Cultisano Cu create a protective film around the plant surface, preventing colonization by external agents. From a nutritional point of view, it stimulates the growth of the root and aerial part, delays the senescence of the plant and lengthens its productive life. Its application is recommended from the beginning of vegetative development, repeating every 20-30 days and avoiding flowering periods. Applied 10-15 days before harvesting, it helps to extend the post-harvest life of the fruits. 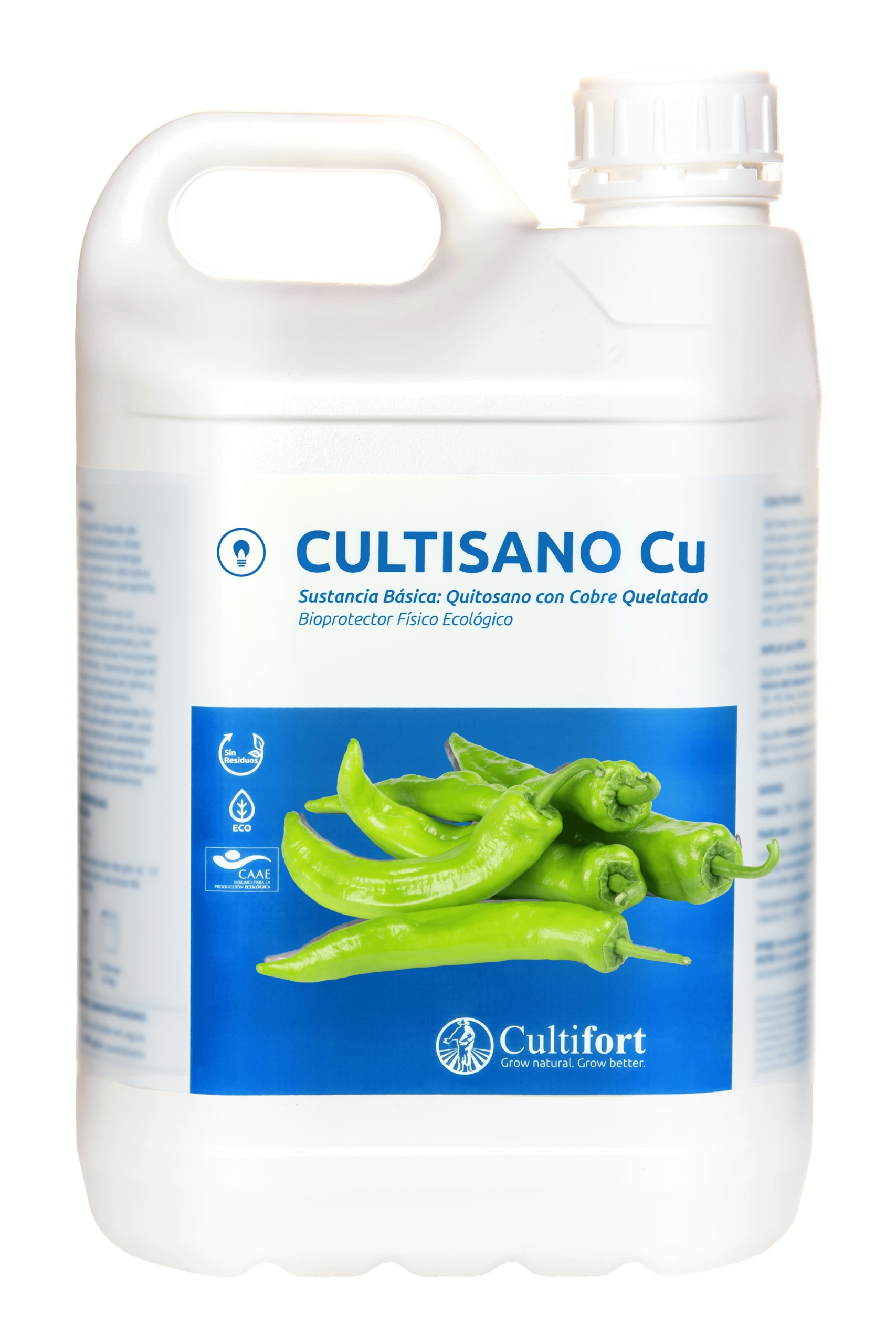 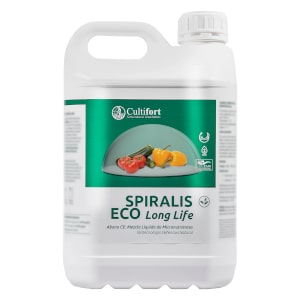