Healthy disinfection and cleaning of soils

Healthy disinfection and cleaning of soils

In modern agriculture it is necessary to produce the maximum in the minimum space, with the highest possible efficiency and maximum security.

This situation raises a series of problems, many of them are usually expensive and harmful solutions for the environment and users, such as conventional disinfection with high risk products.

Cultifort offers an economical, clean and profitable solution, the union of two products to achieve a single purpose: a healthy disinfection. This are OXIFORT and CULTISOL.

Numerous field tests, carried out by our Development Department, over several years and under different circumstances, have highlighted the remarkable therapeutic and nutritional properties of OXIFORT, against certain problems related to the control of various types of fungi and other organisms such as bacteria and algae, as well as root asphyxia and regeneration of roots that have deteriorated due to various causes, in numerous crops.

The product has a high safety profile in its handling and behavior, as it is free of toxic molecules.

OXIFORT is an oxygen source that can be put within reach of the root structure of numerous crops, providing them with remarkable benefits.

Its particular composition maintains the soil oxygenated, with therapeutic actions against soil anaerobic fungi, other microorganisms and algae. Disinfects the soil, preventing the proliferation of harmful pathogens, common in wet areas, such as Rhizoctonia, Phytophthora, Verticillium and others, responsible for numerous rots. Also:

By doing so we can say that OXIFORT fulfills 3 actions:

Additionally, Cultifort has an OXIFORT enhancer called CULTISOL. Due to the synergy between both they: 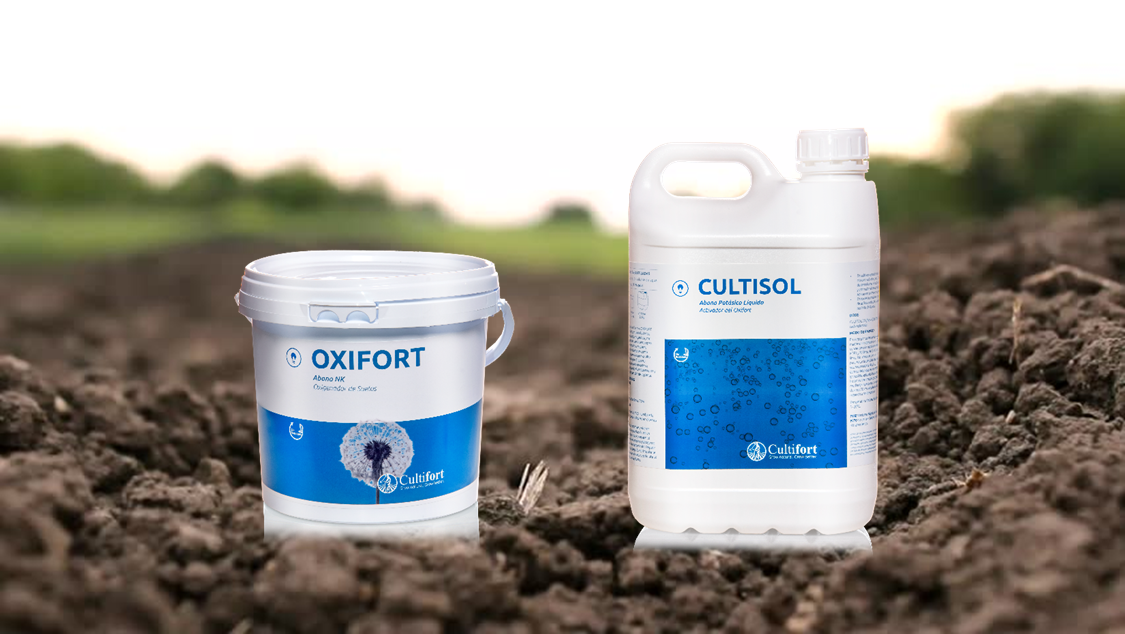