Oxifort is the most efficient solution to treat root asphyxia caused by strong downpours.

Oxifort is the most efficient solution to treat root asphyxia caused by strong downpours.

The passage from summer to autumn is not a smooth and progressive transition but is characterized by large fluctuations in temperature and sudden atmospheric changes, which as soon as take us to a purely autumnal time, like a few days of summer heat. An imminent change of weather is looming in which we will probably have a very unpredictable and random weather situation, with the possibility of abundant and heavy rains, as has been happening in the months of September of previous years.

We are in one of the times of the year in which the evolution of the atmosphere is more unpredictable in the short and medium term. The equinoctial dates, which mark both the transition from winter to spring, as well as from summer to autumn, are particularly moved in meteorological terms, since at those times of the year the atmospheric circulation in mid-latitudes is in full adjustment phase. From the second half of August and the first half of September, during the struggle between the cold and the heat, cold air inlets sneak southward, which are responsible for the weather changing abruptly and temporarily imposing the autumn time. During these sudden changes in weather, with significant drops and rises in temperature, there is also what gives rise, sometimes, to the much-dreaded Isolated Depressions at High Levels or DANAs.

The already advanced stage of the productive cycle of many crops, some harvested and others not yet, makes the plants very sensitive to the strong and abundant rains or storms that accompany a DANA and that often appear in the form of hail. Direct damage caused to the fruit or to the leaf tissue, with the consequent loss of quality and quantity of the harvest, are the most direct damages. But we must not forget the indirect damage that our crops can suffer as a result of waterlogging. Because root asphyxia also compromises the survival of the plant, a damage, if possible, more serious in the medium and long term.

It’s important having your crop insured before a meteorologic situation of this magnitude arrives, and unfortunately, they tend to happen quite often during the season.

After the season is over, it’s essential to act as soon as possible and heal the soil to avoid radicular asphyxiation, fungus growth, and other diseases. That’s why it’s necessary to take immediate and effective rescue treatments.

The lack of oxygen in the soil alters the radicular development because it deprives the roots of its respiration needs, making the plant burn its reserves and causing an early death if the lack of oxygen is prolonged.

In floodable soils where the roots remain in very humid conditions and without enough oxygen for long periods, OXIFORT can directly provide that. 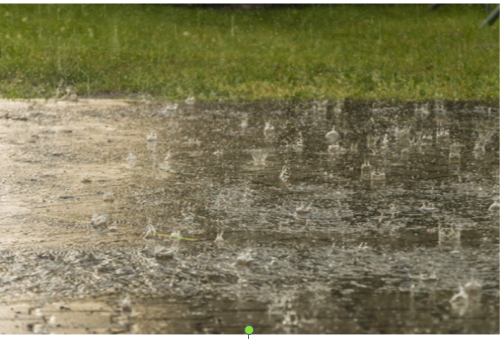 OXIFORT is a source of oxygen that, when distributed on the soil, within reach of the plant’s radicular,  provides notable benefits.

Its effects keep the soil well oxygenated, with therapeutic actions against the soil’s anaerobic fungus, other microorganisms, and algae. OXIFORT disinfects the soil, stopping the proliferation of nocive pathogens.

The oxygen facilitates nitrification, resulting in improved soil fertility, something essential for the current situation, it also improves its physical structure, resulting in better oxygenation for the roots and improved water flow.

Also, thanks to its special characteristics, OXIFORT can be applied directly over the soil and it can also be dissolved in the irrigation system.

The Department of Chemistry and Pedology of the Polytechnic University of Valencia (UPV), published an essay to compare and value the efficiency of  OXIFORT when it comes to hydrogen peroxide (H2O2), commonly known just as peroxide

The results have shown that to try to balance the effect obtained with OXIFORT in the liberation of oxygen, the concentration of (H2O2) should be increased up to 25 times.

The effects of the analyzed solutions while using OXIFORT are more relevant, providing a higher quantity of oxygen in the water.  The H2O + OXIFORT reaction is progressive and has a longer duration, around 4 days, showing its max value on the second/third day. On the fifth day, it stabilizes, reaching its starting value.