Deciduous species differ from other species in that they have a period of dormancy in winter. In practical terms, it can be observed that in late autumn the trees begin to show yellow leaves, which fall off, leaving the tree completely bare in winter.

Dormancy is therefore a physiological reaction of self-protection for meristems (growth structure for the new crop cycle), located inside the buds. 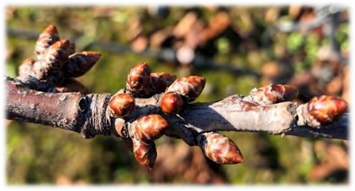 Several authors have pointed out that dormancy occurs in response to a decline in day length towards the end of summer and in temperature towards the end of autumn. This suggests that the plant may respond to environmental cues that promote the accumulation of reserves to protect against winter cold. HEAT AND COLD REQUIREMENTS. In general, it is suggested that there are 3 types of dormancy:

During eco-dormancy, trees would need the accumulation of heat units to start the growing season. Once both requirements are fulfilled (RF and RC), the plant can show signs of growth (budding and/or flowering) in late winter and early spring.

After studies of the dormancy phases, correlated assets in these phases are quantified, contrasting that the concentration of carbohydrates leads to high levels of starch associated with deep dormancy, while high levels of hexoses (glucose plus fructose) are related to the exit from dormancy, and this is ratified by analysis of results in a probabilistic model.

In view of this, dormancy in deciduous trees is contrasted as a complex process regulated by a large number of factors including gene expression, protein synthesis and structural changes in the cell and other units.

In conclusion, we can state that deciduous fruit trees need to accumulate cold to leave the resting state of Endo-dormarcia (greater relevance), and this strategy of accumulating cold hours is actually a defence mechanism to avoid sprouting when environmental conditions are unfavourable during the winter period, with which the young shoots would be defenceless against subsequent frosts during the season.

To understand phenological self-regulation we must first understand its definition and the negative effects of its absence in deciduous crops.

Well, when we talk about “chilling hours” (CH), we are referring to the amount of time (hours) the plant has been below a temperature of 7 °C. The chilling hours or chilling units (CU) represent one hour of exposure to temperatures adequate to bring the plant out of dormancy. The amounts of chilling required vary by species and variety.

The lack of accumulation of cold hours generates multiple and varied imbalances in the physiological self-regulation and phenological calendar of sprouting, flowering and fruiting of the plant, such as:

In the face of this, we must understand and take as a precedent possible palliative measures.

If we take as a precedent that, although dormancy depends, as we have said, mainly on the climate of the season, it is also strongly influenced by endogenous factors of phyto-regulation, which implies an imbalance of concentration between development promoters (auxins, gibberellins and cytokinins) versus inhibiting active ingredients (abscisic acid), it implies breaking or breaking dormancy and bud burst.

The aim is therefore to try to biostimulate the metabolic pathways involved in the enzymatic synthesis involved in the hormonal promotion of bud activation by means of sprouting promoters or cold compensators, as these are naturally inactive due to the absence of cold hours, which is an increasingly common occurrence in all areas belonging to the subtropics. 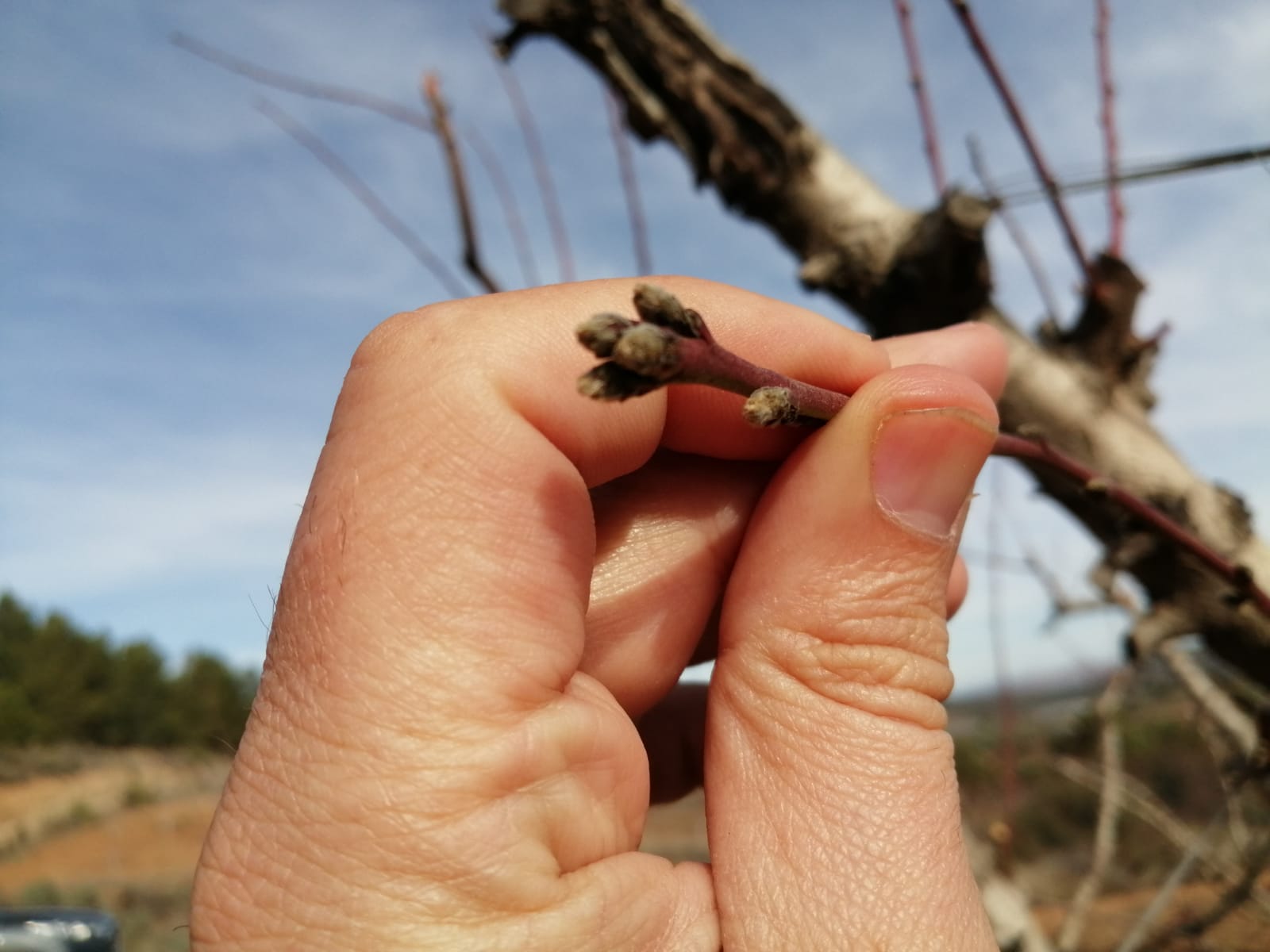 Under this biostimulation, several different objectives will be pursued:

In this respect, at Cultifort we can have an impact by means of promoters and nutritional supports on the irruption of dormartia based on nitrogen, potassium, calcium or with greater relevance with respect to the aforementioned with high richness in cytokinin precursors, being able to favour processes involved in the aforementioned variables, such as:

Cultifort would like to suggest a strategy to support the breaking of dormancy and as a palliative for the negative effects of the lack of cold hours based on the combination of 2 synergistic formulations for these objectives.

Joint action of amino acids, nitrogen and reducing sugars, favouring the synthesis of proteins and carbohydrates, promoting the start of the plant’s physiological activity, stimulating the formation of leaves and flowers, improving fruit quality and bringing forward ripening and production. The marine algae included in BVC 2021 contain mineral salts, vitamins, essential oils, proteins and cytokinin precursors; essential for cell division and the formation of new tissues. 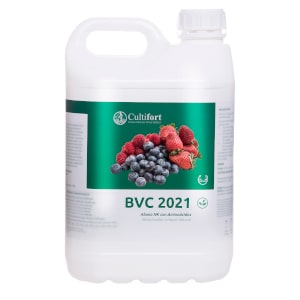 Liquid formulation of potassium, organic acids and selected peptide complexes, whose special balance provides a remarkable increase in the earliness of the generative processes.

In addition to the role of osmotic regulation, increased sugars and potassium colour, there is a selection of peptide complexes that accelerate specific physiological cycles for entry into generative phenologies.

In addition, the organic acids contained in FASKOLOR promote rapid assimilation and translocation in the plant, increasing the effectiveness of applications and improving the response, both in terms of its composition and the synergy in this case of the active ingredients of BVC 2021. 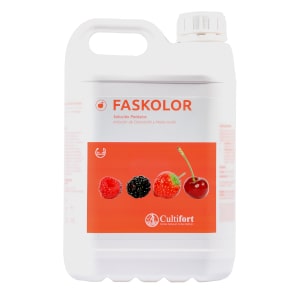 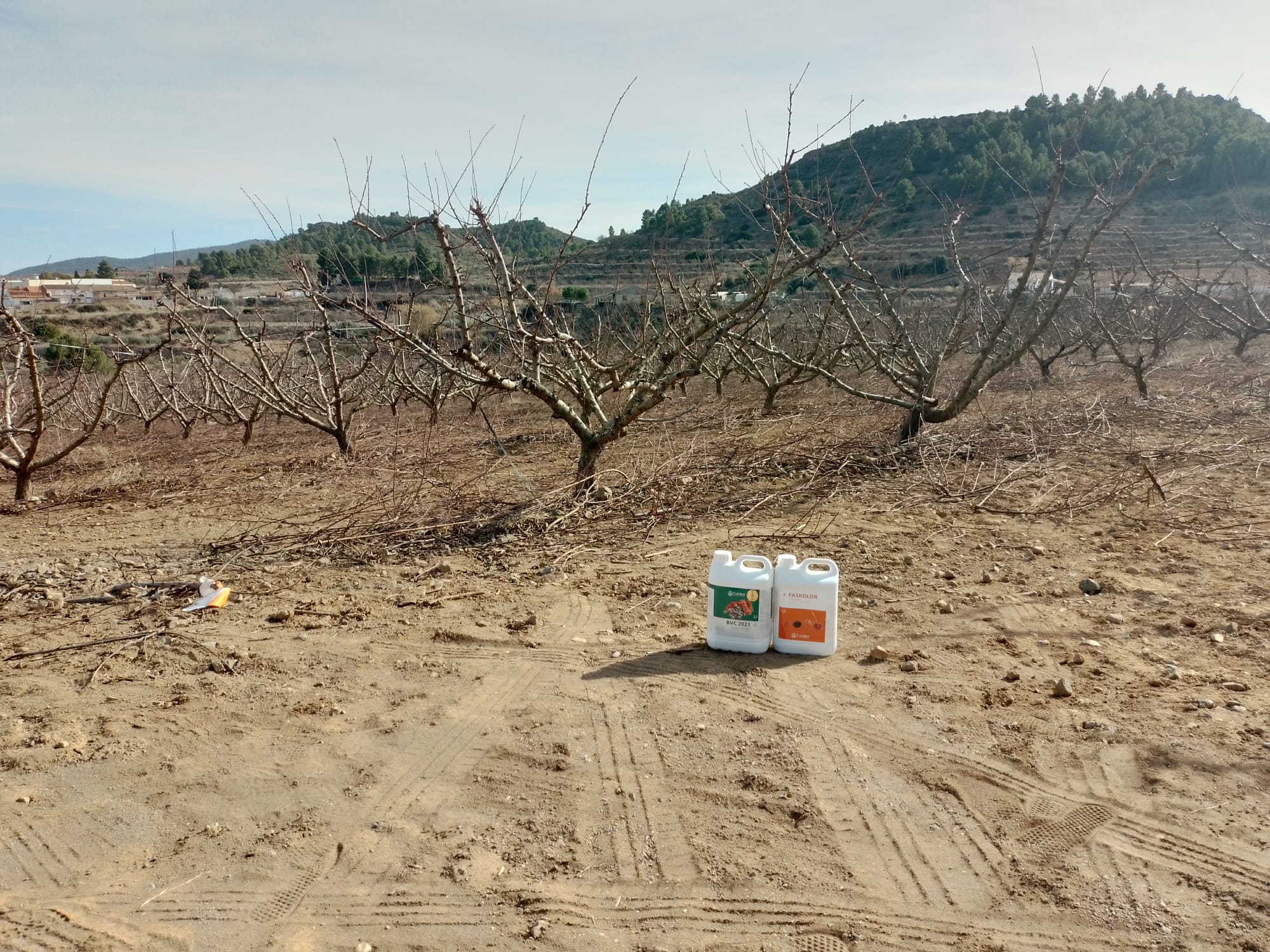