June in citrus fruits: treatments marked by the physiological fall of the fruit and the first generation of California red louse

June in citrus fruits: treatments marked by the physiological fall of the fruit and the first generation of California red louse

Shortly after the curdling phase, the first phase of fruit development takes place, during which the fall of a high percentage of the fruits that started the development occurs. This phenomenon, called physiological fall of fruits, fall of June or “porgà“, has as main causes the competition for carbohydrates of fruits and the phytohormonal interaction between promoters and inhibitors of growth. After this stage, most of the fruits that remain in the tree continue their development until maturation. 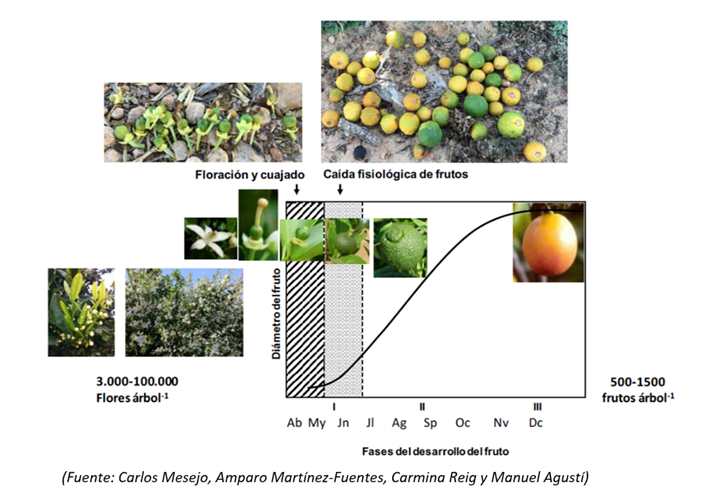 ALONG WITH THE PHYTOSANITARY TREATMENTS AGAINST RED LICE FROM CALIFORNIA AND / OR APHID, WE WILL APPLY FERKOLOR + BVC 2021

The red louse of California (Aonidiella aurantii) is one of the plagues that brings more head to the citrus sector as it depreciates the fruit’s crust and, having several generations a year, reproduces exponentially throughout the campaign. The moment of appearance of the larvae of the first generation of the year is the optimum for the realization of a specific authorized phytosanitary treatment, which usually occurs on the first week of June.

In temperate zones, different aphid species, such as Aphis spiraecola, usually live all year round on the citrus plantation, succeeding generation after generation. If these populations exceed the plague thresholds, it will be necessary to apply a specific authorized amateur, observing the first colonies in the trees.

From Cultifort we recommend the application of FERKOLOR together with BVC 2021, taking advantage of the treatment against red louse and / or aphid.

FERKOLOR It is a neutral and stable liquid formulation, which combines chelated potassium and calcium, nitrogen and boron. Its application during the development of the fruit, will allow us to obtain fruits with greater calibers and more uniform. In addition, the calcium content gives greater firmness to the skin, helping to prevent the problem of cracking and “claret” in citrus. (DOSE: 300 – 500 cc / hl). 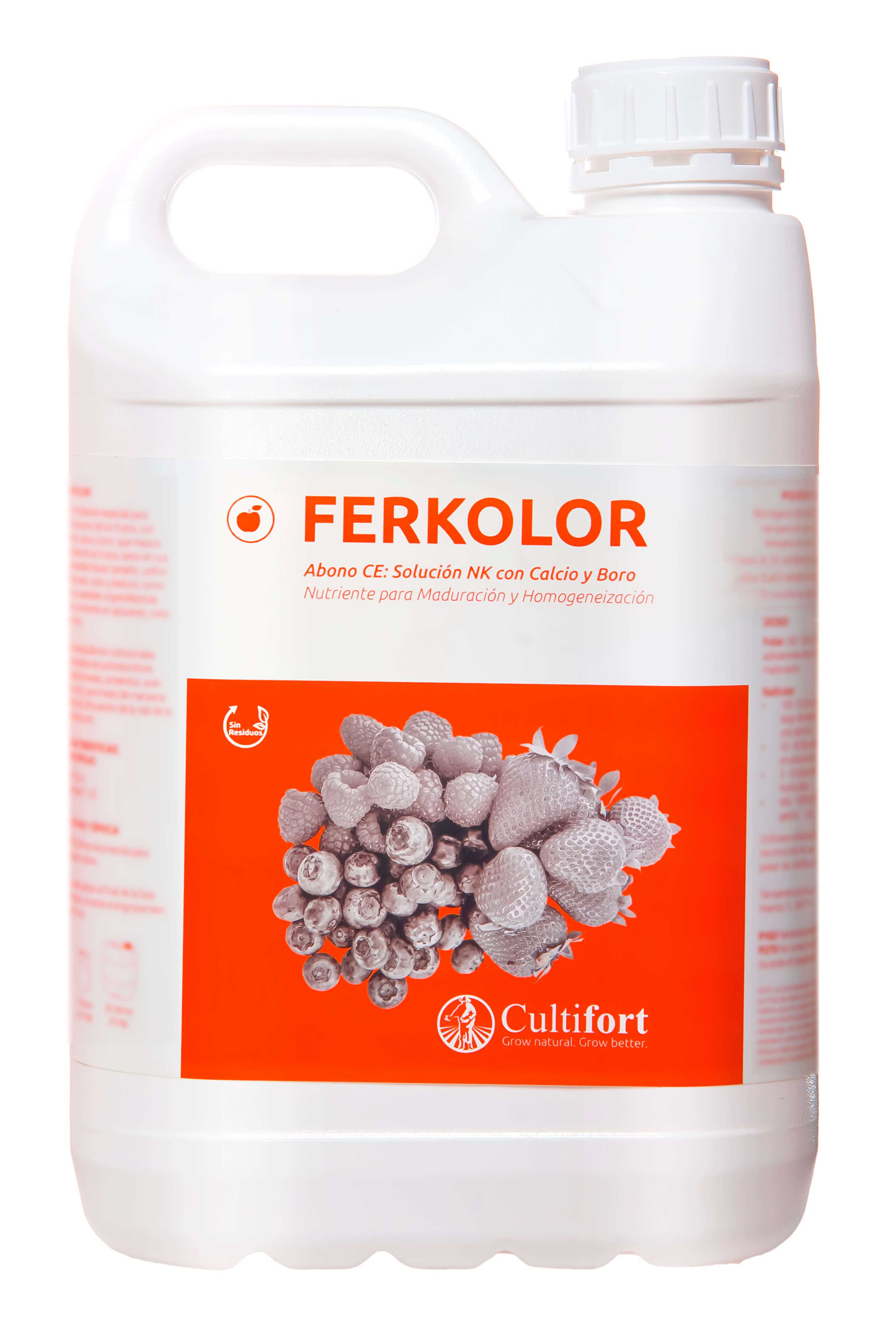 Nitrogen is the element of greatest influence, in general, in growth and production. When there is deficit thereof, the skin of the fruits may take pale colorations, and the size may decrease. Therefore this macronutrient is important, especially at the beginning of the stage of fruit development.

Potassium plays an important role in water regulation, participating in the osmotic regulation and in the processes of closing and opening of the stomata, as well as in the accumulation of sugars and other important solutes for the ripening of the fruits.

Calcium is associated with the structure of the cell wall of which it forms part of the calcium pectate located in the intercellular lamina. As a biostimulant, functions such as the regulation of nitrogen absorption, acts in the transport of sugars and proteins inside the plant, increases the resistance of cell membranes, participates in the water economy of the plant, regulating movement of water in the cells. Boron, on the other hand, facilitates the transport of sugars and calcium in the plant.

BVC 2021 is a broad-spectrum vegetable biostimulant, whose content in free amino acids, nitrogen, reducing sugars, together with the active principles from marine algae, stimulate the development of plants in all their phenological stages. During the development of the fruit, promotes cell division, which results in a greater vigor of the fruits. (Dosage: 100 – 200 cc / hl). 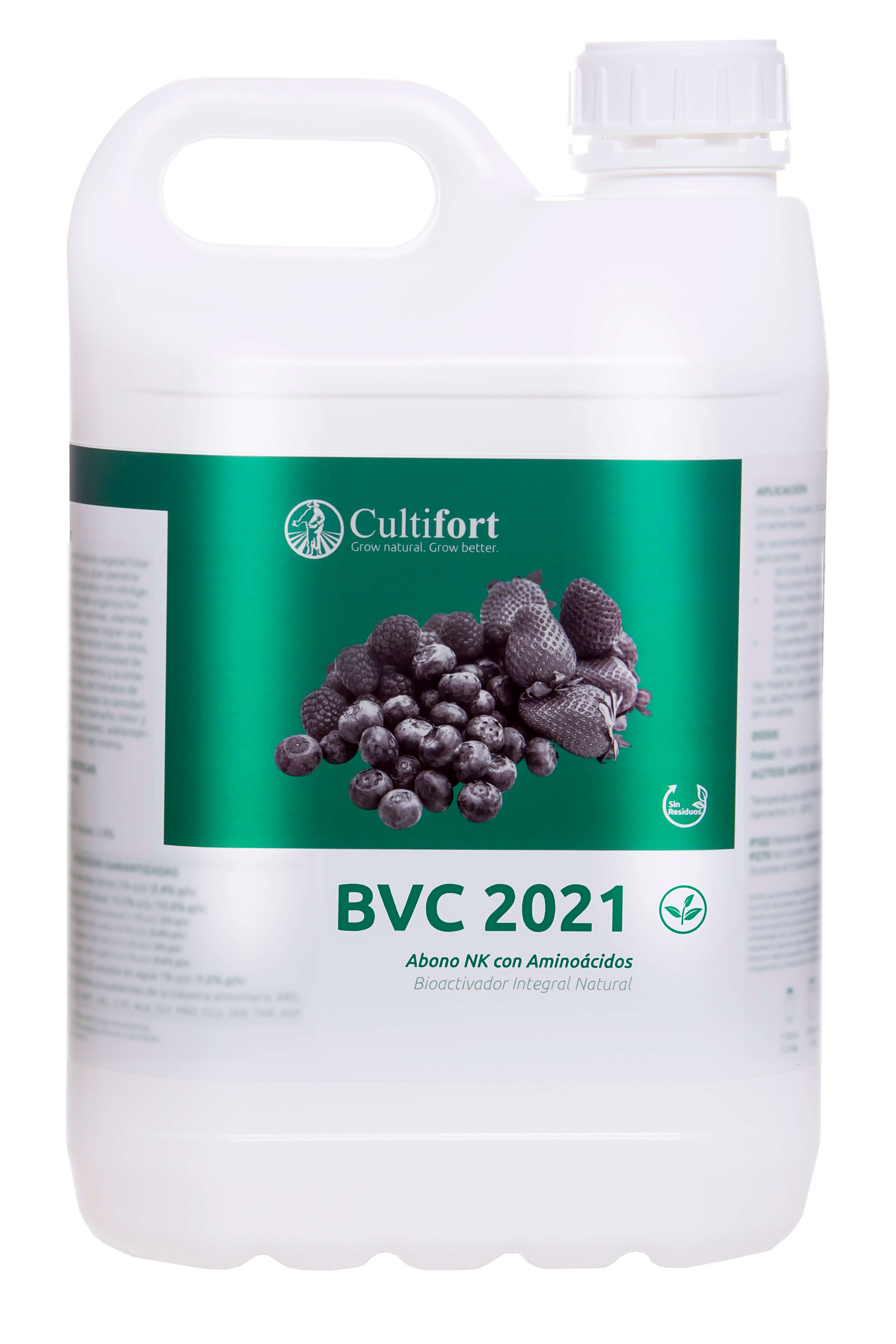 Numerous experiences have shown the high efficacy of FERKOLOR, in combination with BVC 2021, increased calibers, weight, colour and prevention of “cracking” and “claret” in sensitive citrus varieties.