The agricultural sector of Almeria is preparing to start its autumn campaign with the planting of peppers, cucumbers, zucchini, aubergines and tomatoes, crops that constitute the base of this important producing area.

The province has a growing area of ​​more than 32,000 hectares of greenhouses whose average accumulated increase is 1.54% according to the records of the last 10 years. The area for fruit and vegetable production during the 2019/2020 campaign was almost 61,000 ha, taking into account the different growing cycles, which was 3% more than the previous season. By crops, the aubergine increased its surface by 10.5% while the pepper maintained the upward trend that began 10 years ago with an increase of 7.3% in its surface, ranking above cucumber, whose surface increased by 4 , 8%, and tomato, with a loss of 9.6% (Source: Ministry of Agriculture, Livestock, Fisheries and Sustainable Development. Junta de Andalucía).

In general, the volume of fruit and vegetable production has been maintained. By crops, aubergine and pepper have positioned themselves at the top with productive increases of 13 and 7.7%, respectively, while watermelon and tomato have fallen by 10.3% in both cases; melon has recorded a decrease of 5.9% and lettuce of 5% (Source: Ministry of Agriculture, Livestock, Fisheries and Sustainable Development. Junta de Andalucía).

The export volume continues its upward trend, with a general growth of 11.7% compared to the last 5 seasons, exporting more than the average throughout the season. Specifically, during the 2019/2020 campaign, exports accounted for 80% of the total production volume. Germany is at the top of the main destination for Almeria production, followed by France, the United Kingdom, the Netherlands, Poland and Italy (Source: General Directorate of Customs).

These intensive productions require very exhaustive monitoring and phytosanitary control as well as efficient nutrition from the establishment of the crop. However, the increasing loss of active materials for the control of pests and diseases and the regulatory requirements in the field of fertilizers, highlight the importance of development and research in this sector, with the aim of being able to reduce the use of pesticides. In July 2022, Regulation 2019/1009 will come into force, the main objectives of which are: promoting the circular economy and innovation, addressing dual-use problems (biostimulants vs. phytosanitary) and providing safety and efficacy to fertilizer products, among others.

From this it follows that the function of biostimulants should consist of stimulating the nutritional processes of plants regardless of the nutrient content of the product, with the sole objective of improving one or more of the following characteristics of the plants and their rhizosphere: (1) efficiency in the use of nutrients, (2) tolerance to abiotic stress, (3) quality characteristics and (4) availability of immobilized nutrients in the soil and rhizosphere. 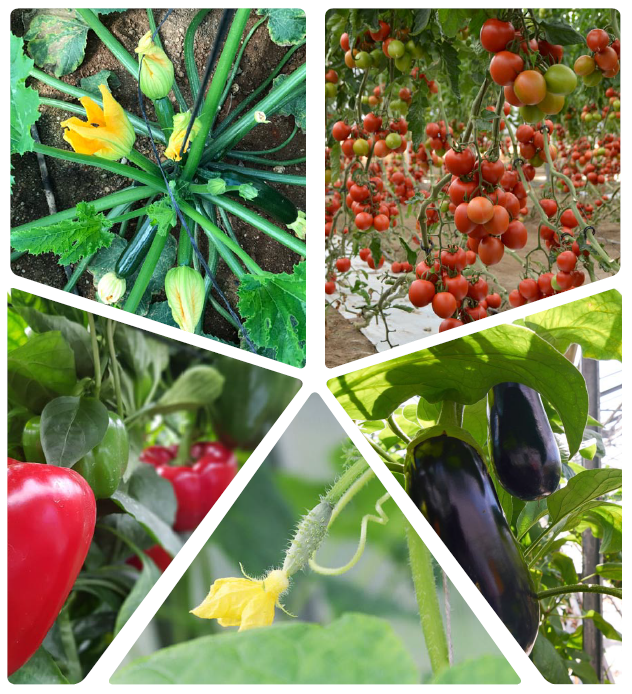 The problems that a crop must face at the beginning of the season, in general, begin with rooting, the first point in the establishment of the crop. Poor rooting can cause uneven plant development, with losses and delays in entry into production. Second, the plant suffers post-transplant stress. Excessive vegetative development can also occur, due to the need for shading and the persistence of high temperatures that can make it difficult for the first flowers to set.

To help the plant to overcome these problems and to enhance and maintain its metabolic activity, we recommend the application of BVC 2021. Its formulation, enhanced by the synergistic action of amino acids and algae in emulsion, also includes nitrogen, potassium and reducing sugars, that provide energy and facilitate the assimilation of nutrients by the plant. BVC 2021 promotes the initiation of the physiological activity of the plant and stimulates cell division and the formation of new tissues, leaves and flowers. Thanks to its composition based on seaweed, which contains natural phytohormones and other compounds such as mineral salts, vitamins, essential oils, proteins, etc., it increases the resistance of the plant against adverse conditions, such as those that occur after transplantation. and during the establishment of the crop. Thanks to CULTITEK Activating Biotechnology, based on the contribution of precursors of natural substances and the improvement of the profiles of active substances, faster and more powerful effects are achieved compared to other biostimulants on the market.

The lack of organic matter and possible micronutrient deficiencies are other main problems faced by the crop during its establishment phase. MICROVITAL – L is indicated to stimulate root and vegetative development of the plant, as well as to prevent nutritional deficiencies of magnesium, boron, iron, manganese and zinc. It is a biological activator of soil of plant origin rich in organic complexes and flavonoid molecules, with a high capacity to improve the absorption of nutrients present in the soil, due to the effect of its formulation on the physical-chemical and biological parameters of the soil. , especially on spore germination and root colonization by certain mycorrhizal fungi.

Thanks to the accumulated experience, we can affirm that Cultifort’s nutritional solutions help to keep the crops stronger and healthier, managing to increase the yield and quality of the crops.