In order to evaluate and compare the effectiveness of OXIFORT vs hydrogen peroxide (H2O2), commonly called oxygenated water, we have carried out an assay together with the Department of Chemistry and Edaphology of the Polytechnic University of Valencia (UPV). The results showed that to try to equalize the effect obtained with OXIFORT in the release of oxygen, the concentration of H2O2 should be increased up to 25 times. But could these concentrations of hydrogen peroxide have adverse effects on plants?

OXIFORT is a nitropotassium fertilizer enriched with oxygen, whose presentation is in the form of a fine granule, soluble in water, which slowly releases oxygen. In this way it oxygenates the soil or substrate, avoiding root asphyxiation of the plant.

Hydrogen peroxide is frequently used in agriculture, due to its low cost, with the same purpose as OXIFORT. But this practice is of doubtful efficacy. Therefore, from CULTIFORT, in collaboration with the Department of Chemistry and Edaphology of the UPV, an assay was carried out in order to compare the ability to provide oxygen in aqueous solution of OXIFORT against hydrogen peroxide. 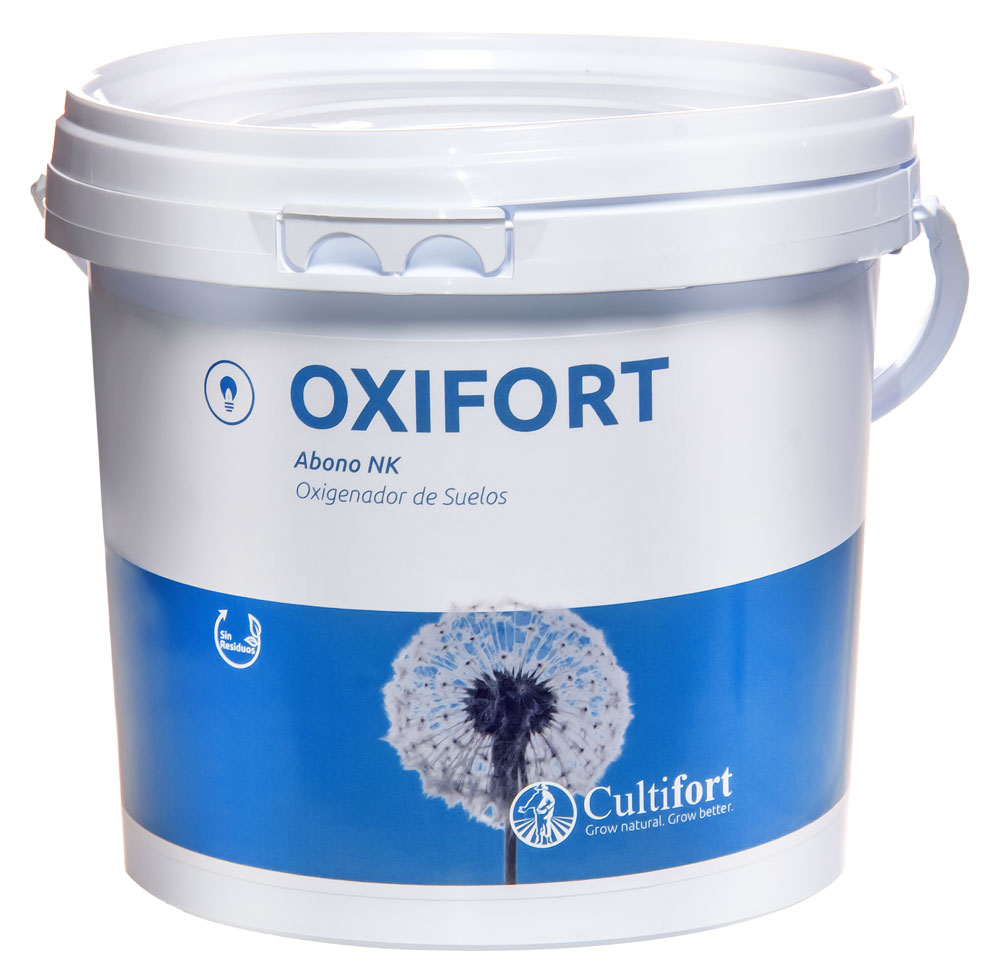 The test was carried out in a laboratory on a small scale but extrapolated to reality. To do this, 3 solutions were prepared with the concentrations of oxygenated water and OXIFORT that are commonly used to combat the problems of root asphyxia, leaving a fourth as control, only with water. The concentrations were: 6 mg / l of oxygenated water; 200 mg / l and 240 mg / l of OXIFORT.

All of them were brought up to 100 ml with water and immediately afterwards, the concentrations of dissolved oxygen in the different solutions were measured with the help of the oximeter (figure 1). The readings were made for 5 days always at the same time.

Figure 1. O2 measurements dissolved with the oximeter by the Department of Chemistry and Edaphology of the Polytechnic University of Valencia.

The dissolved oxygen values provided by OXIFORT initially were within the normal water range for irrigation (from 5 mg / l). But on the second day of the trial, the values experienced a rapid increase in dissolved oxygen concentrations that remained above normal values for 4 days. These characteristics were observable in the two concentrations, being the concentration of 240 mg / l the one with the highest values, presented its maximum value on the third day of the trial (figure 2).

The results show that to try to match the effect obtained with OXIFORT in the release of oxygen, the concentration of H2O2 should be increased up to 25 times.