FASKOLOR: for an early maturation and a homogeneous coloration in grapes

FASKOLOR: for an early maturation and a homogeneous coloration in grapes

With the increasing globalization, the fruit market is becoming increasingly competitive.

With the aim of being able to compete with other countries where the prices of labor and inputs are much lower than in Spain, Spanish farmers are forced to compete in quality. For this, it is necessary to be able to have fruits of the highest organoleptic and visual quality. In addition to the best quality, it is necessary to reach the markets before the fruit of other countries, or even, later to be able to get the best-selling prices.

The most widely used method to delay the ripening of the grape is bunch bagging, a very common practice in the Vinalopó municipalities. However, the bagging of the grapes restricts the arrival of sunlight to the fruits, which can cause deficient coloration in red varieties.

In this context, obtaining fruits with greater coloration and sugars can be decisive when selling the production at prices that give a greater return on the investments made in our crops.

There are already solutions for this need in the market, although they are mostly hormonal products, which may have certain and significant disadvantages; as defoliation of plants, premature senescence or abscission of fruits, softening of tissues, problems with future productions, dependence on authorizations by the administration and many other problems, not to mention its high cost.

Due to this, in Cultifort, we have developed a purely nutritional product that acts by accelerating the physiological cycles of maturation. Our product has obtained excellent results, with applications at low doses (0.30%) and with a price much lower than the alternative of hormonal treatments.

At Cultifort, we conducted trials on the table grape variety “Red Globe”, known for its problems to achieve commercial coloration when bagged.

To carry out the tests, FASKOLOR was used. FASKOLOR is a solution based on potassium, organic acids and a peptide complex specially selected to accelerate specific physiological cycles of maturation. 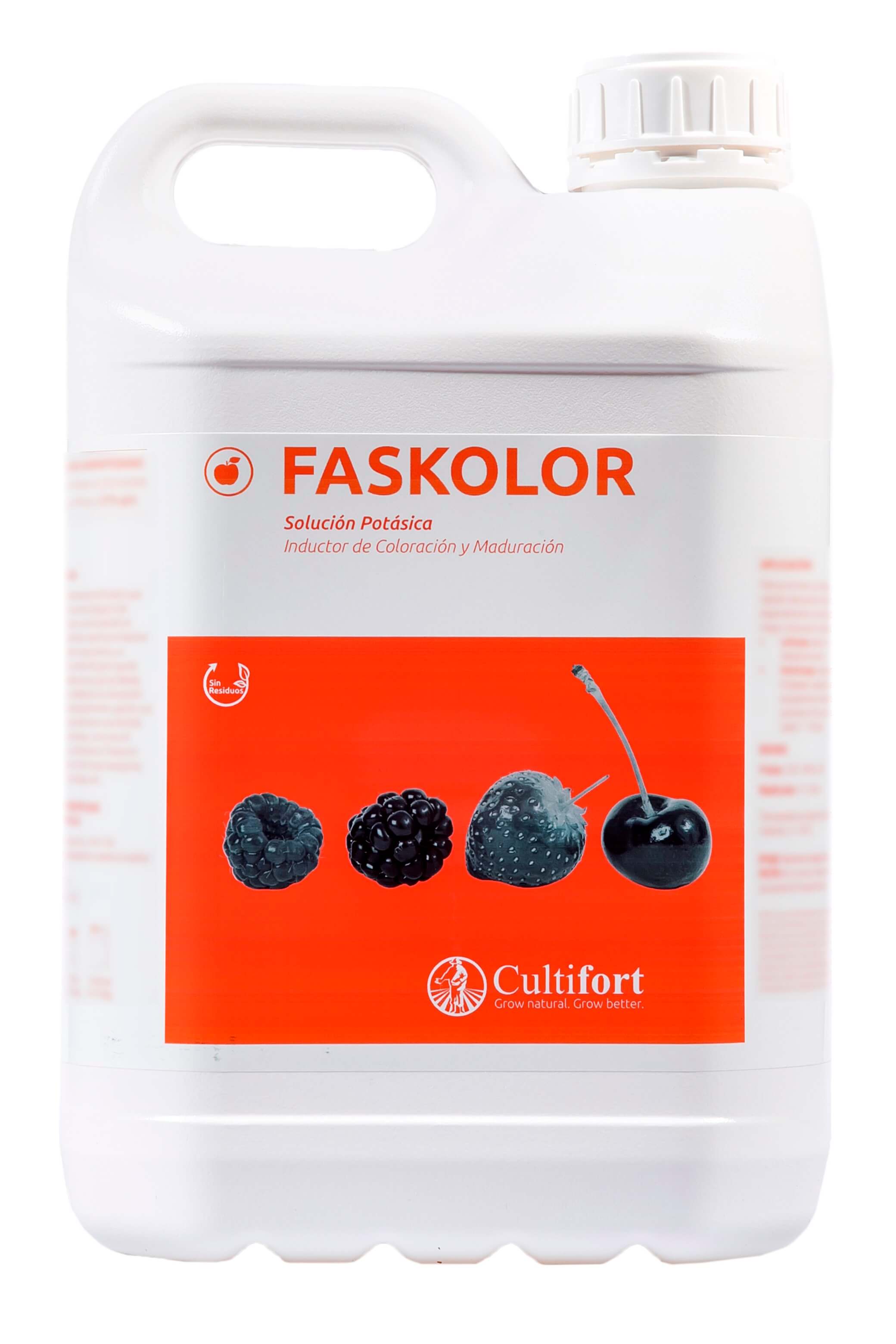 All plants received the same basic phytosanitary and nutritional treatments, except of the treated one.

FASKOLOR was applied at very low doses, resulting in grapes of much greater maturity than the control. In addition, being a non-hormonal product, problems derived from hormonal applications such as abscission or softening of berries, premature senescence, browning of the spine, hormonal imbalances in the plant, etc. are avoided. 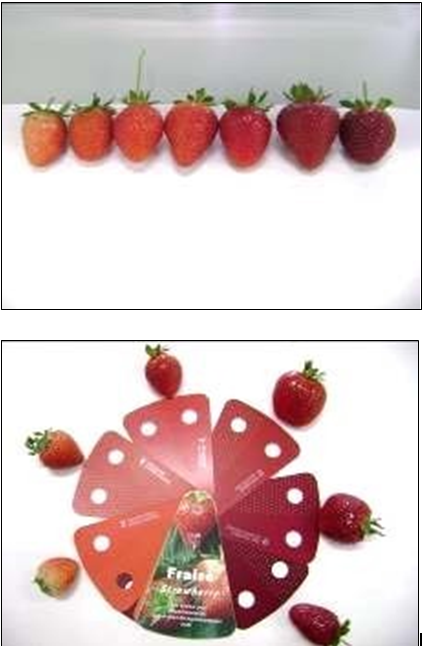 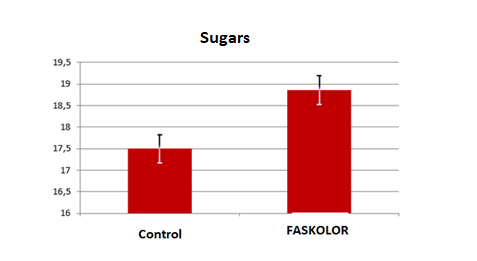 Figure 4: Results of the treatment in total soluble solids. It is observed that the treatment differs significantly from the control.

With the results obtained, the immediate conclusion is that FASKOLOR is a product for the maturation of excellent results. 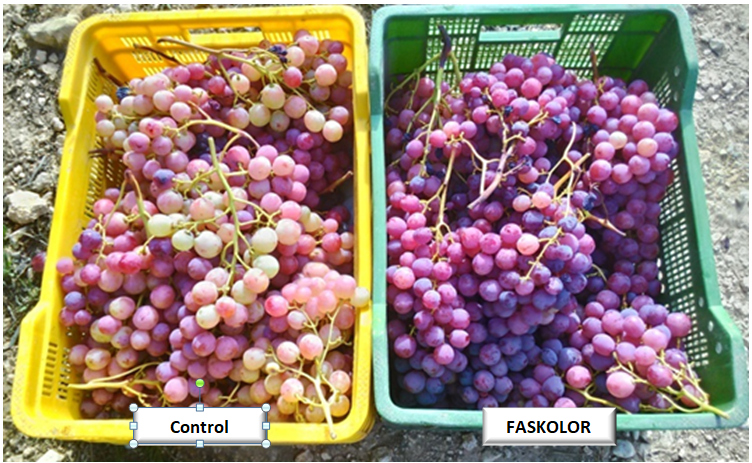