The AGROVID vine growing fair presented its second edition in Valladolid on March 22, 23 and 24, positioning itself as one of the reference qualified professional trade fairs and aligned with the main demands for modernization at a professional level in terms of machinery, new fertilization techniques, irrigation technologies, drones for precision agriculture and all kinds of auxiliary equipment for the wine sector.

AGROVID was once again a space for analysis and debate on the main current issues of interest to the sector. Conferences, round tables and practical cases focused on a conference where the protagonists offered a plural vision of the panorama that affects the cultivation of the vine.

Cultifort was present as an exhibitor, standing out as one of the main manufacturers of solutions and agricultural products for the different processes of vine cultivation. 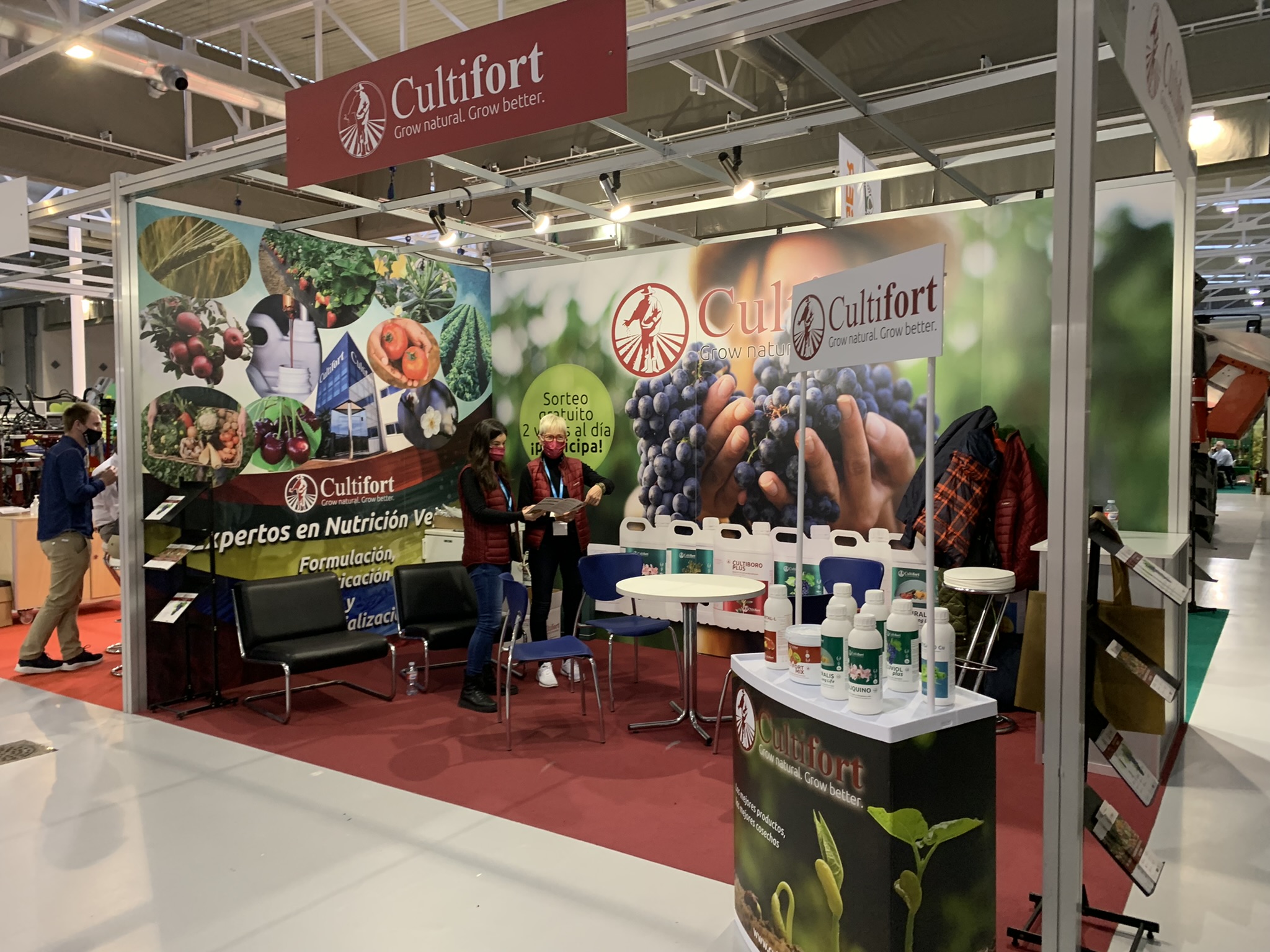 Throughout the year, different work processes are carried out in the vineyard that, month after month, act on the vines and the land to obtain fruits with the highest possible quality. Here, come into play: organic amendments, deficiency correctors, biostimulants, defense inducers and other special products, which Cultifort exhibited at AGROVID through its Vineyard Nutritional Guide. 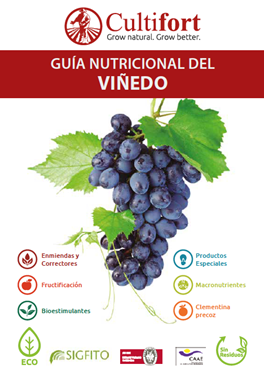 As Organic Amendment stands out MICROVITAL – L, a prebiotic product rich in organic acids, flavonoid molecules and complexes of magnesium, boron, iron, manganese and zinc. MICROVITAL – L is positioned as a benchmark in its category for being directly assimilable, with an acid pH, activator of the soil microbiota and corrector of nutritional deficiencies of magnesium and the main microelements most demanded by plants.

The Cultifort range of Deficiency Correctors is formulated with the best raw materials, chelating with different agents or complexing with organic acids all the nutrients formulated within this line, with the aim of improving their assimilation and making the most of the contributions to the crop. In addition, our formulations also include carbohydrates and/or reducing sugars, which enhance the mobility (translocation) of nutrients within the plant, so that the efficiency in the use of nutrients is significantly improved.

Continuing with the review of the Vineyard Nutritional Guide, CULTIMAR PLUS stands out as a star biostimulant for vine cultivation. It is a liquid formulation of algae in suspension together with sulphur, magnesium and boron. This balance makes CULTIMAR PLUS especially interesting to apply it in pre-flowering, with a strong cytokinin effect that will enhance flowering and fruit set, also preventing cluster shifting in sensitive varieties. On the other hand, the natural composition of the algae in emulsion reinforces the plant to face stress situations and, applied during the ripening period, will improve the content of soluble solids and the concentration of polyphenols and aromatic compounds of the grape.

As far as Defense Inducers are concerned, the Cultifort R&D Department, within its “Natural Defensive Biotechnology” line of research, has a lot to offer:

CUVIOL PLUS is formulated based on systemic copper with high assimilation, translocation and persistence in the plant, ideal for the prevention of mildew and other fungal diseases.

FOLIQUINO is formulated based on aluminum lignosulfonate, whose main function is the introduction of aluminum salts into the plant’s sap stream. Of natural origin and composed of a low molecular weight polymer, it has a high penetration capacity in the plant and an excellent system, both ascending and descending. It induces and favors the synthesis of natural compounds that improve the defense against certain fungal and bacterial agents, promoting the circulation of sap and regenerating vascular tissue, which makes FOLIQUINO an essential ally in the prevention of wood diseases.

SPIRALIS ECO LONG LIFE is a fertilizer solution that includes a complex of organic acids and selected peptides, related to green and red algae, of rapid assimilation, which enhance the bioprotective effect against various abiotic stress factors. SPIRALIS ECO LONG LIFE promotes the induction and facilitates the mobilization of precursors of the natural defenses of plants, thus enhancing the synthesis of endogenous molecules, with high defensive capacity and systemic. In other words, Spiralis activates the natural defense mechanisms of plants and does so through two mechanisms of action:

SPIRALIS ECO LONG LIFE is recommended for the prevention of powdery mildew, botrytis and other bunch rot, although it is equally valid for any type of fungal disease.

Finally, within the range of Special Products, there is CULTISANO Cu, whose effect fulfills both biostimulant and elicitor functions. It is a product formulated with chitosan, a natural polymer from the shell of crustaceans, with copper chelated with EDTA. This formulation takes advantage of the synergy between the protective power of copper and the improvement of antifungal and antibacterial defenses induced by chitosan, providing growth stimulation, both foliar and root, and a protective effect, promoted by chitosan, in addition to its own action of copper against fungi and bacteria.

Foliar applications of chitosan create a protective film around the leaves and fruits, preventing colonization by external pathogens. Its use is recommended during vegetative rest, after pruning, and during the productive cycle of the vine, for the prevention of certain fungal diseases.

The advantage of using Cultifort products is that their formulations are 100% zero waste, biodegradable, non-toxic, bioactive and have no applicable safety period. 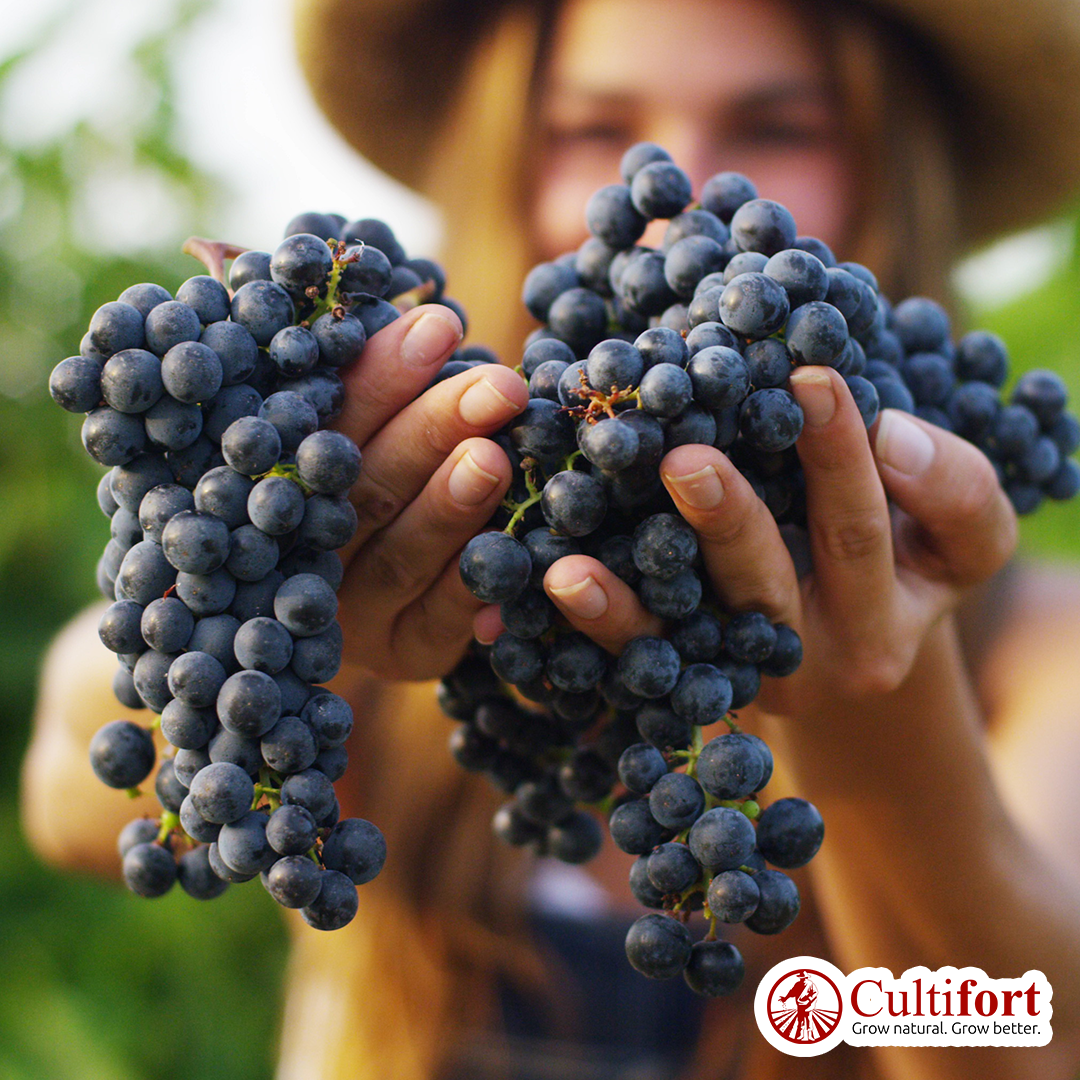